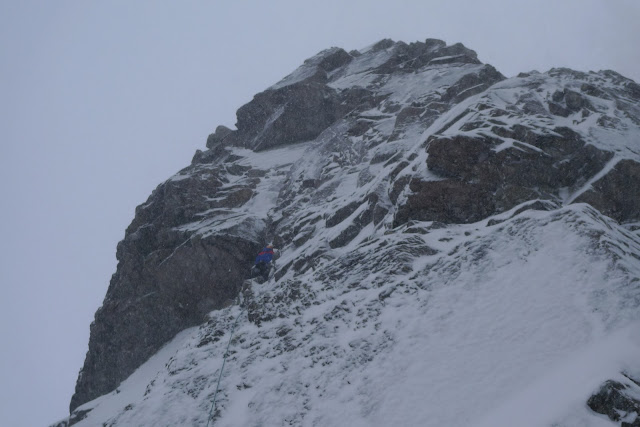 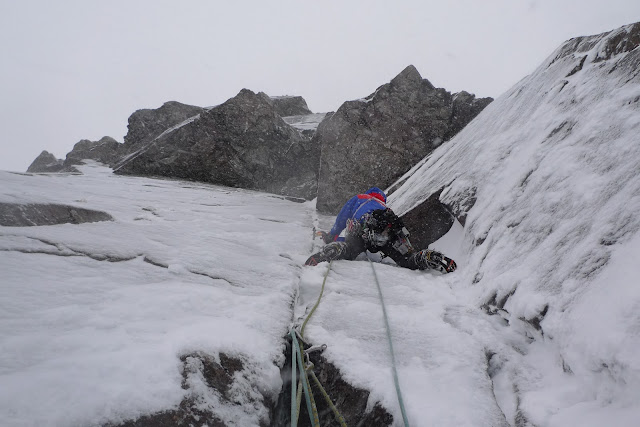 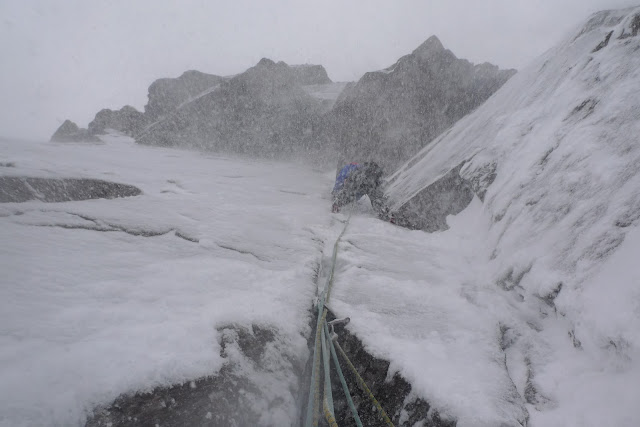 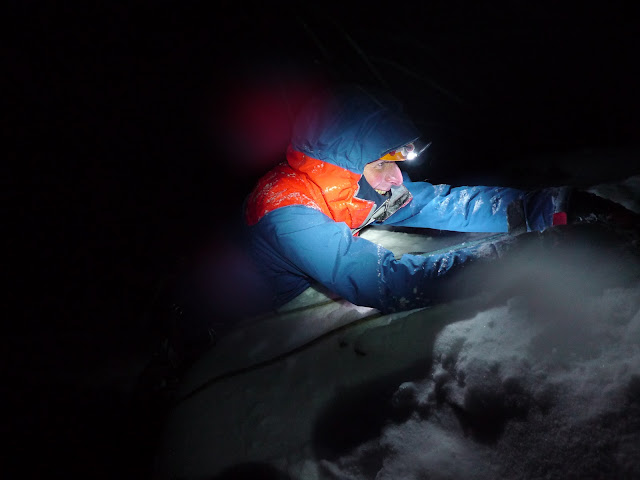 From there it was an easy walk back down to the hut, and then on down to the carpark. As we got down the path a bit the clouds cleared and a full moon lit up the snowy landscape to the point that head torches were not needed.  We discussed what sort of a day we had had. Iain had not climbed the line that he had originally envisaged, I had not climbed well, and we had abseiled off.  On the other hand did do a fair bit of new climbing, had not been avalanched and had had a proper full on winter experience.  It made me think of some lyrics by Bob Dylan; "There ain't no success like failure, and failure ain't no success at all." I am not quite sure what the lyric means (is anybody), but then again I am not quite sure about the days climbing we had just had.
Posted by Blair Fyffe at 17:36 No comments: 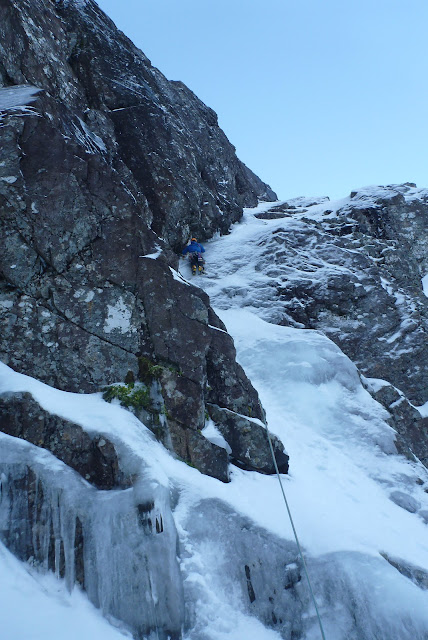 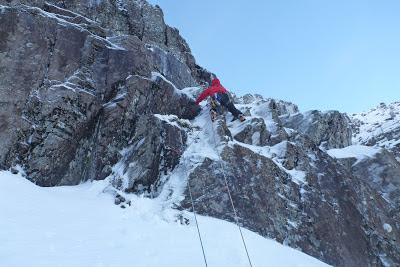 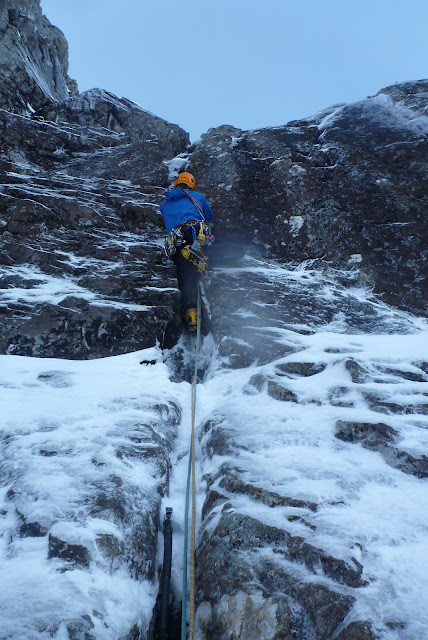