Near the top of Einich Cairn back in early October. Feels almost like winter, anyone remember how to navigate?

My first taste of winter this year was back in early October. Myself and Iain Cameron decided to see how the patches in the remote Garbh Choire Mor were doing. This is where Britain's most permanent snow patches are to be found. Snow has been absent from the coire just five times during the last century (1933, 1959, 1996, 2003 and 2006).  The coire is not an easy place to get to, we cycled up Glen Einich, and then headed over the top of Einich Cairn, to drop down the steep slopes to the East and traverse back into the coire. Low cloud and snow showers added to the wintery atmosphere on the summit. 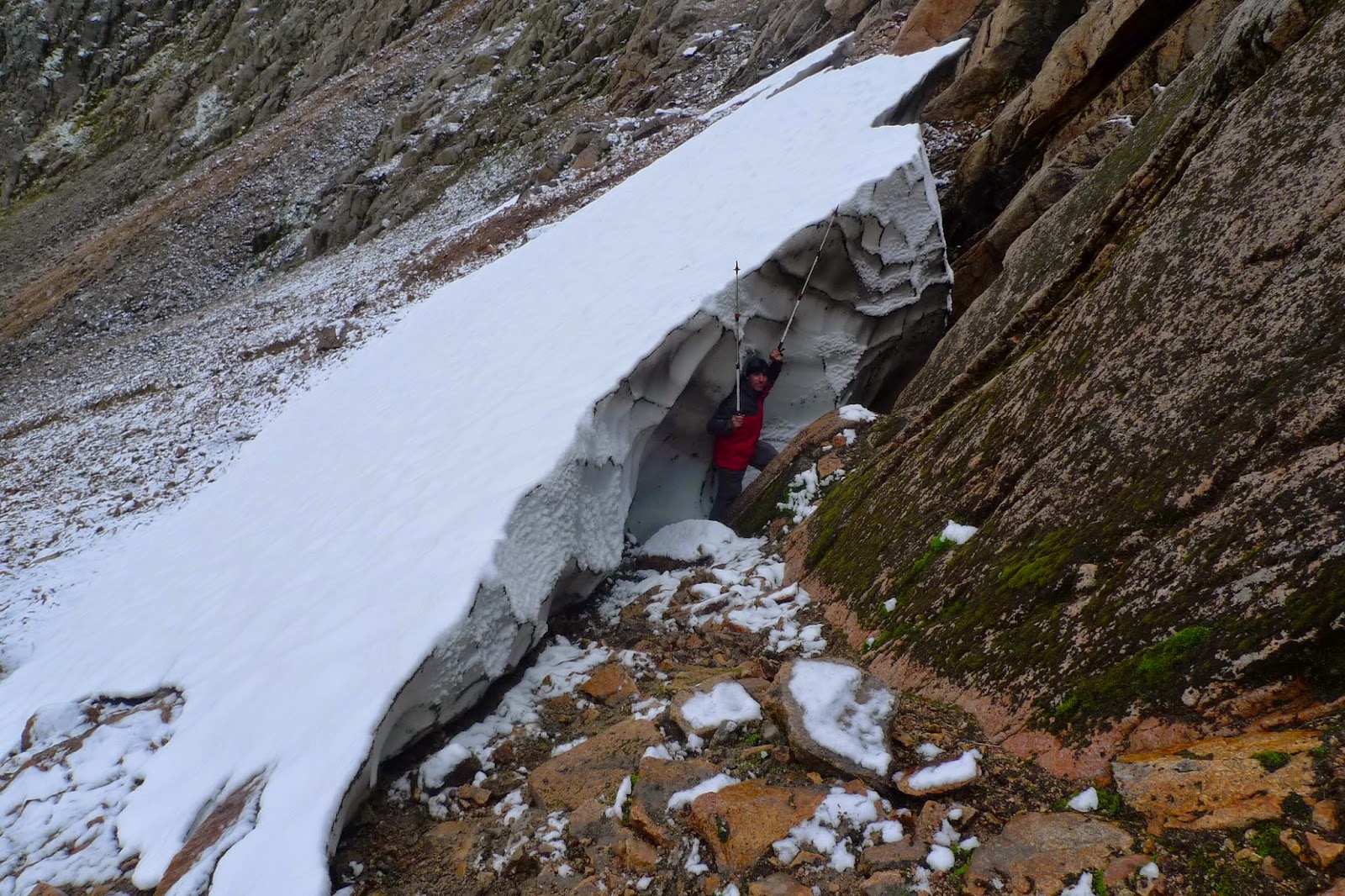 Iain Cameron (Britain's most dedicated snowpatcher) next to Britain's most permanent snow patch, the Sphinx patch in Garbh Choire Mor. 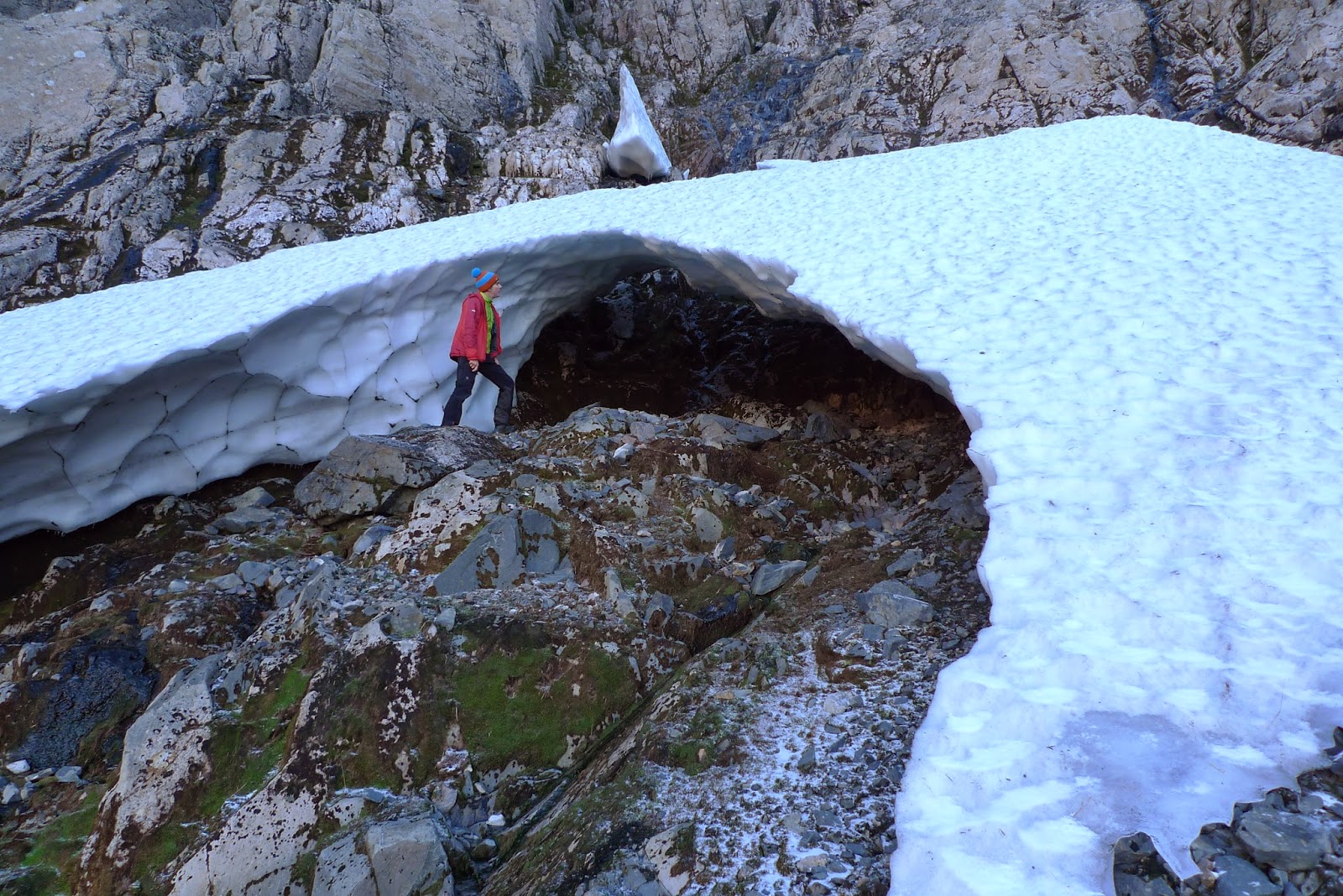 Guy Steven beside the zero gully patch. This is likely to be the first year since I think 1994 that snow has survived in this location.

The coire itself had an impressive wild and remote feel to it. However, compared to the big snow patches on Ben Nevis, I was a little underwhelmed by the patches here. Closer study however, revealed why they hang on so tenaciously and are always the last to melt. They sit on soil rather than on scree. This means that the air can not get in underneath them, so they don't tend to melt out from the bottom like the ones on Ben Nevis do. Although smaller in size than the Ben Nevis ones, the sit in deep hollows, so their small width and length hide a significant depth. I have no doubt at least two of the patches we looked at will survive into this winter. 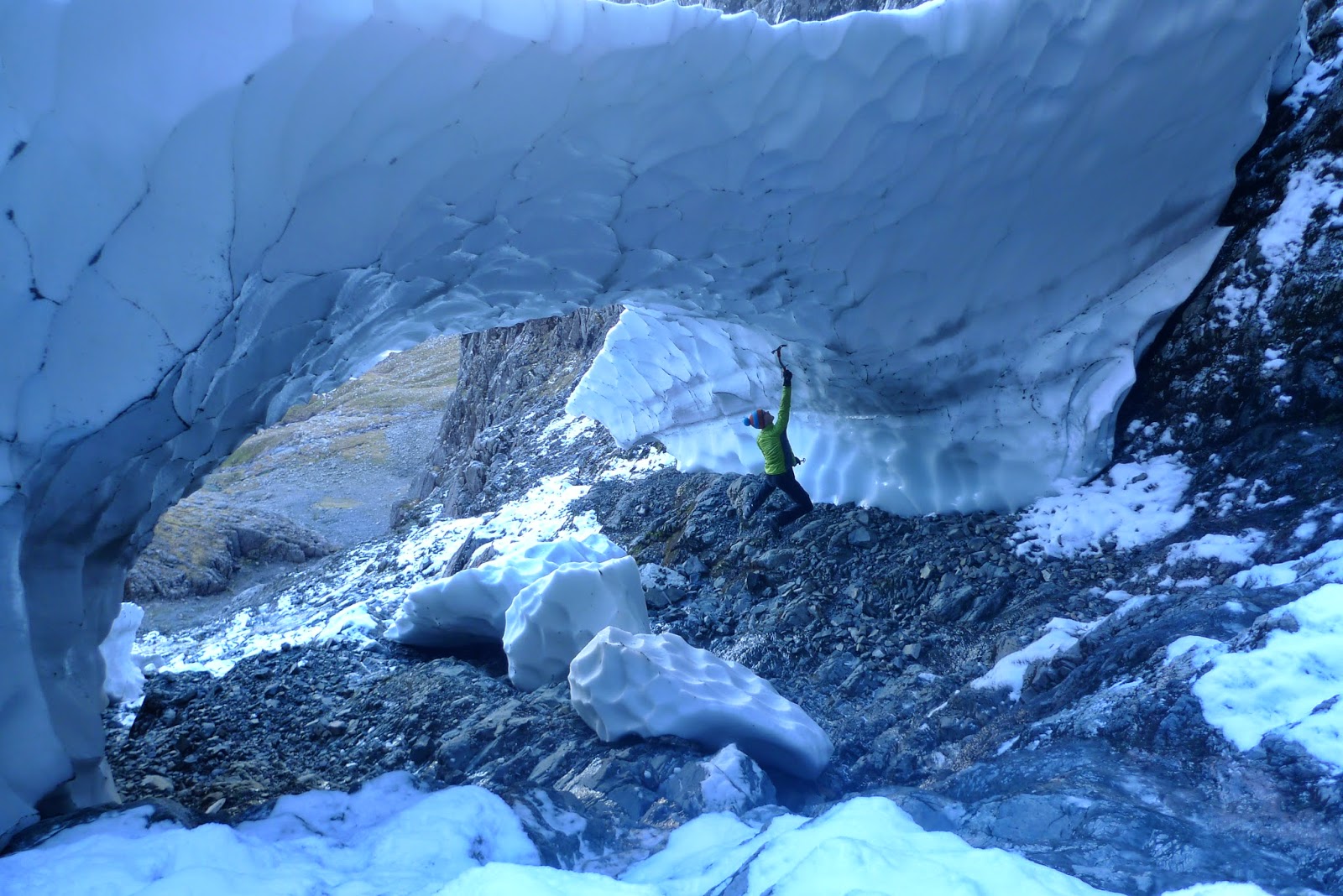 Guy on Ben Nevis's steepest ice route (on the Point Five Gully patch). Look at that sloppy footwork, no wonder he did not manage to top out.

Yesterday (5th of November) myself and flatmate Guy went up to Ben Nevis to have a look at the patches there. I had been up the Ben in early November last year (see http://blairfyffe.blogspot.co.uk/2013/11/winter-has-arrived.html). On that occasion the lasting snow had arrived. Although cold and frosty with a dusting of fresh snow, this years lasting snow had not yet arrived. However, large patches of last year's snow still remain. Although I had been dubious of it's chances of survival a few months ago, there still seemed to be a decent patch at the base of Zero Gully. If this survives, which looks very likely, then (I think) this will be the first winter since 1994 that it has survived in this location. The Point Five patch was massive with some impressive snow architecture, there is no way this will melt. Although I did not have time to visit the Observatory Gully patch (I was over an hour late for a meeting back in Fort William as it was), I am sure it would be huge, and will provided a good icy heart to the next summers snow patch. Assuming the lasting snow arrives sometime soon (very likely), all in all it has been a pretty successful snow patch year, mainly due to the large volumes of snow that fell last winter.

P.S. Don't worry! I have not yet given up climbing to become a full time snow prodder, I have already had one trip to Spain this year, and off there again tomorrow. 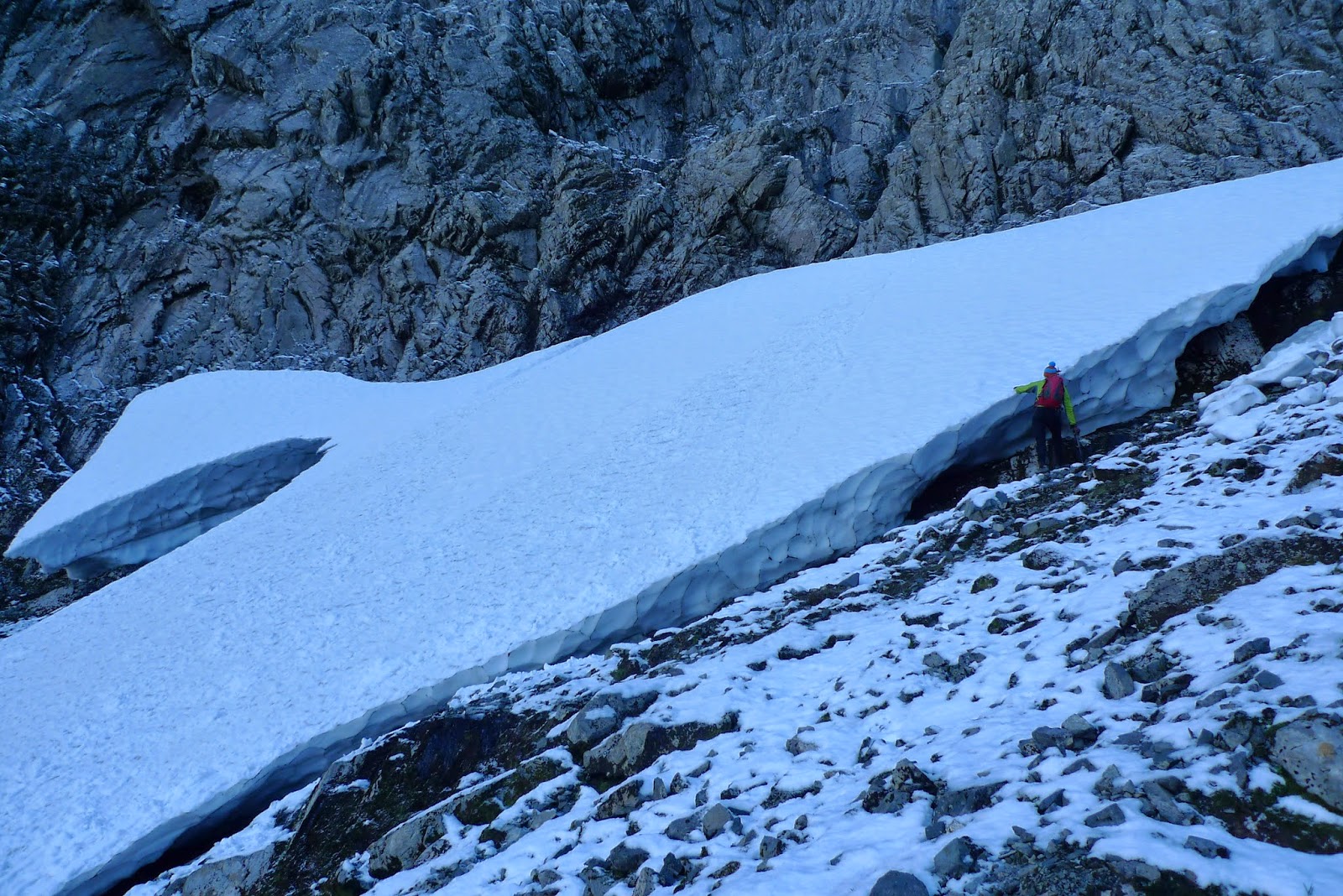