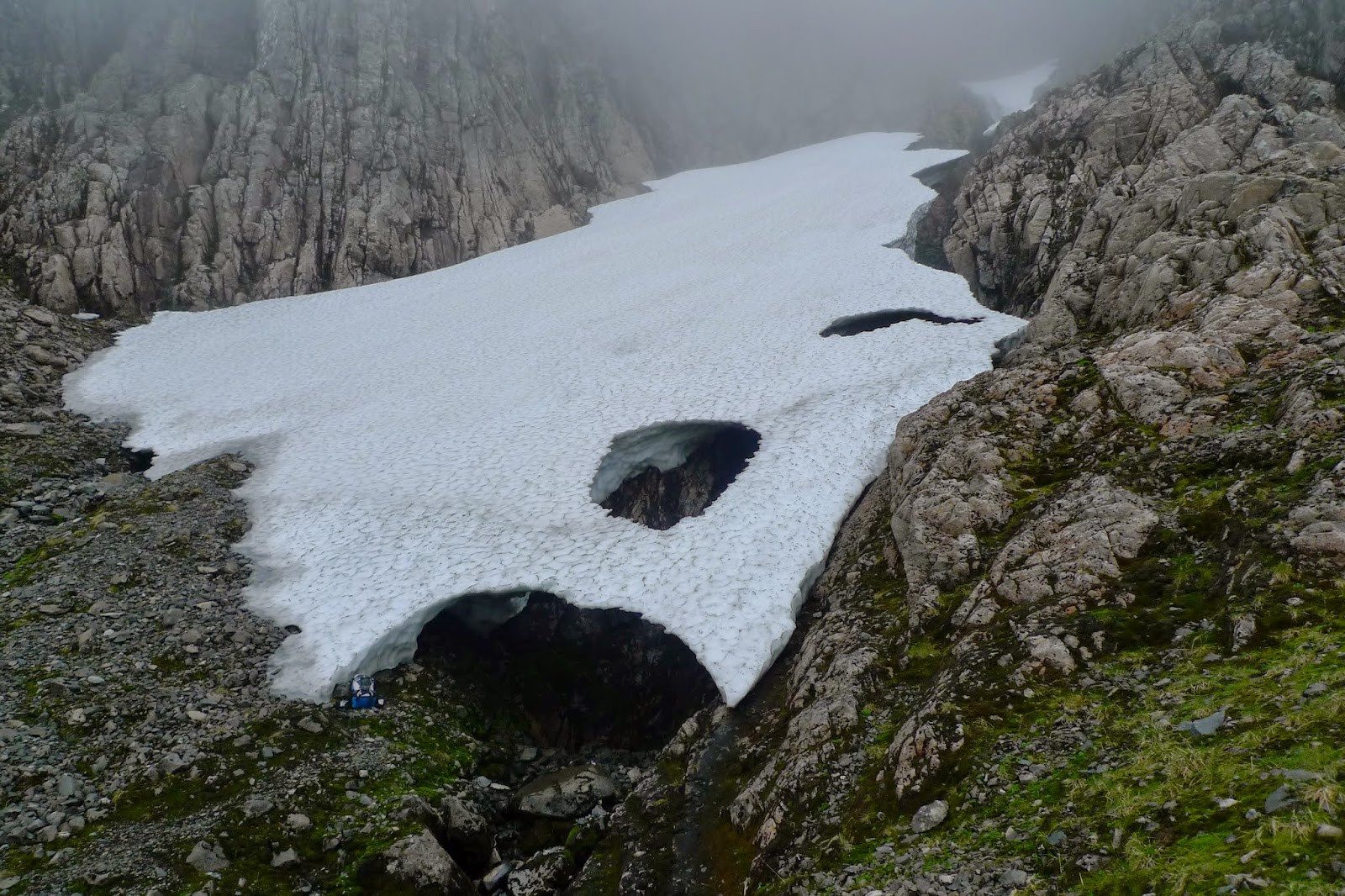 The patch at the base of zero gully. In the past few years it has melted around late August/early September. Looking pretty substantial at the moment, will it make it to next winter?
Each year at the end August the annual Scottish snowpatch survey takes place. I have been involved in on and off for a number of years, and something I have written about on my blog in the past. Unfortunately I missed the survey this year as I was climbing in Pembroke at the time (which was not a bad alternative). However, when I got back to Scotland I did feel like it was time to go and prod some snow. Therefore the next free day I had (Sunday the 8th) I had a wee wander up the Ben Nevis to have a look about.
During the winter a series of persistent storms were driven on by an unusually strong Atlantic Jet Stream which resulted in it being the wettest winter for England, Wales and Scotland, and the second wettest winter for Northern Ireland, in a series from 1910. It was also the wettest winter in the much longer running England and Wales Precipitation series which goes back to 1766. There were more days of rain during the winter than any other in a series from 1961 The UK overall recorded 154% of December average rainfall and 151% of the January average rainfall. The wet theme continued through February, which was the 4th wettest in the series. For winter overall the UK received 161 % of average rainfall. 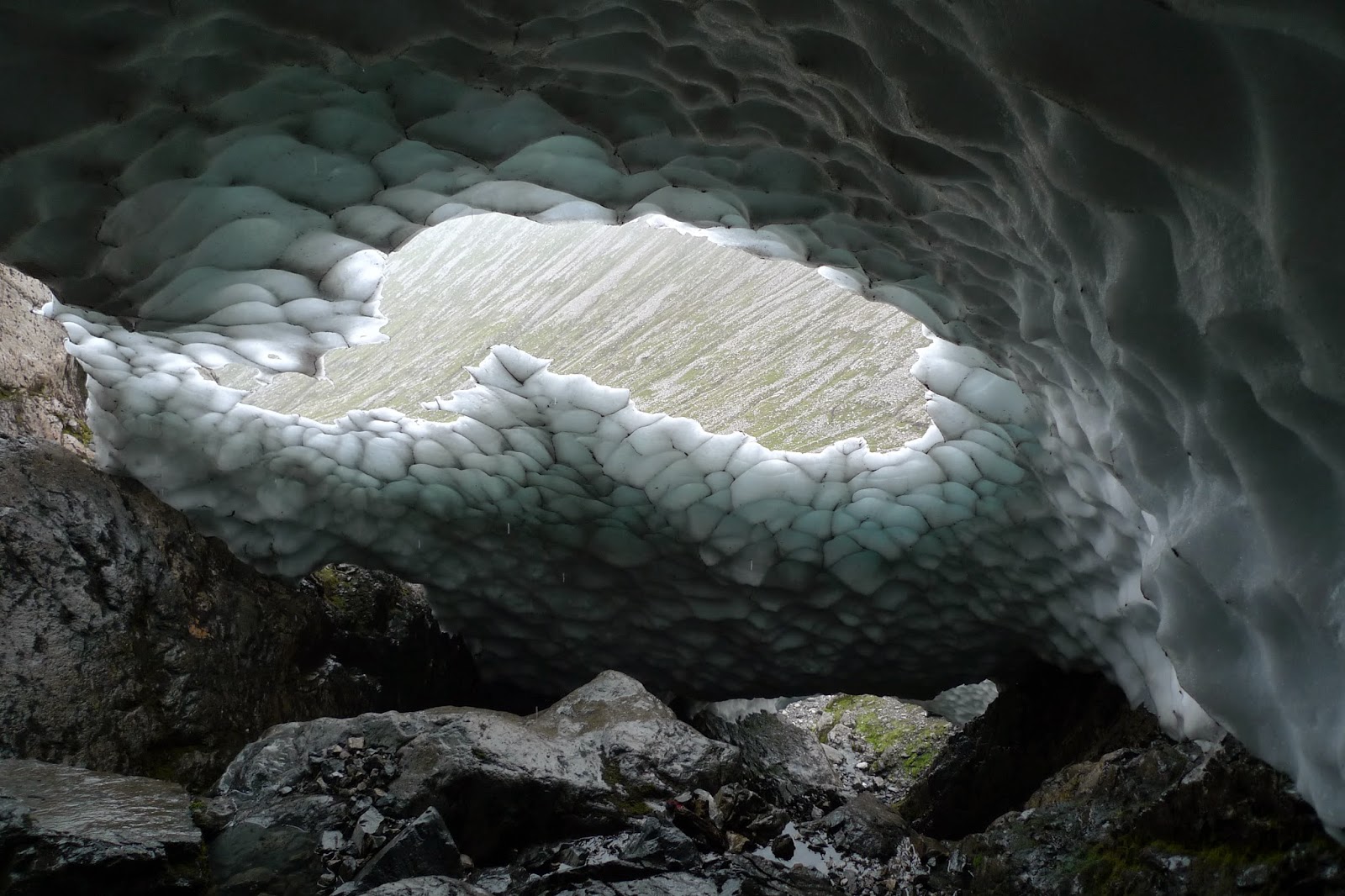 The roof of the zero gully patch was beginning to look pretty thin and unstable.

Data more specific to the Lochaber area comes from the Nevis Range Ski Area who have a record of rainfall at the base station going back to January 1999. The precipitation values for the winter of 2013/14 were 471mm for December, 394mm for January and 368 mm for February. These correspond to the 1st, 8th and 10th wettest months in the whole 183 month series. They are also the wettest December and February on record, and the second wettest January, only beaten by Jan 2005. Most of the precipitation in December, and almost all of it during the next two months would have fallen as snow on the tops. 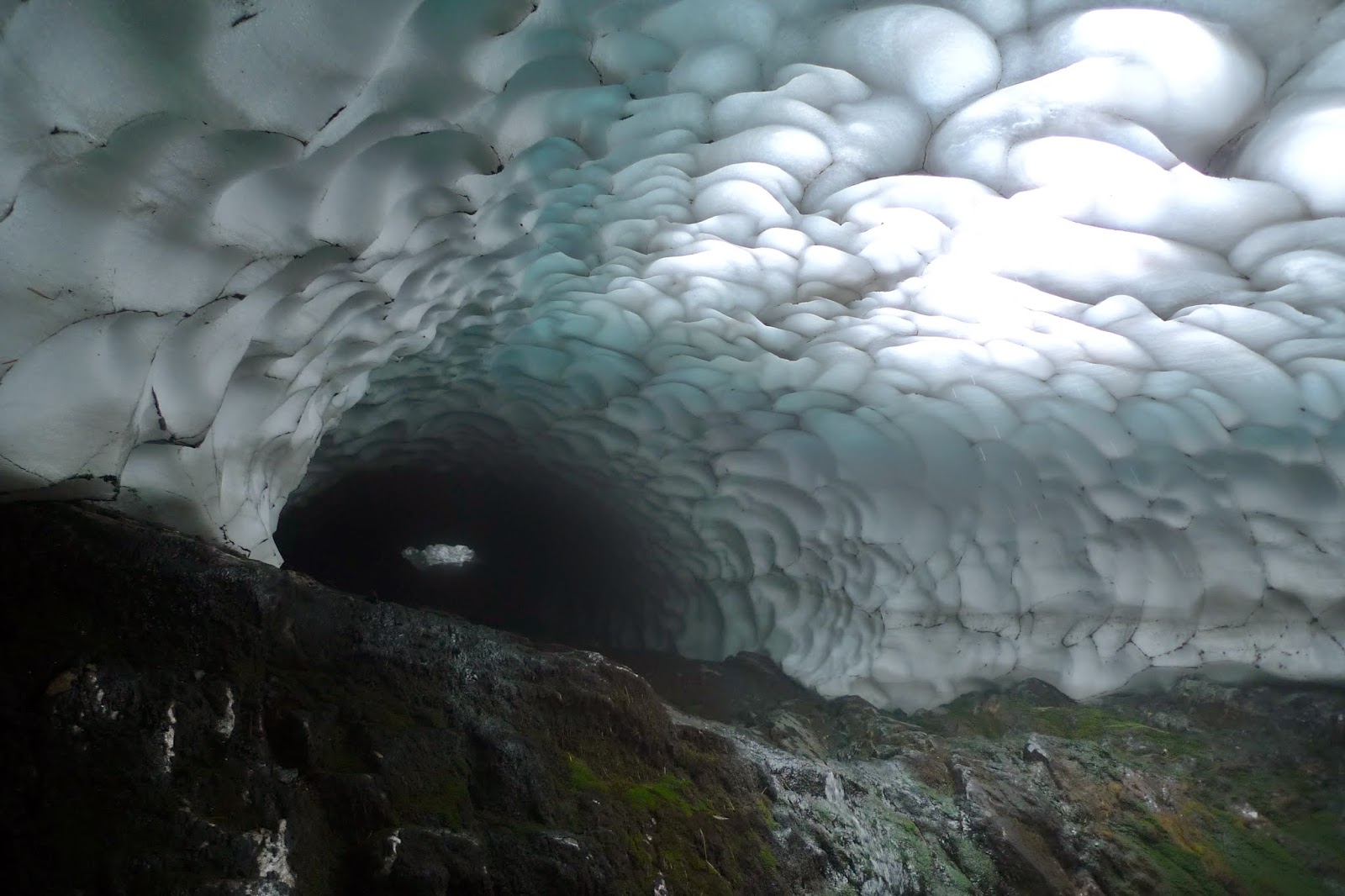 A impressive tunnel through the patch at the base of Point Five Gully. This patch is pretty much guaranteed to survive into next winter.

After around the 20th of December the summits stayed almost totally sub-zero for nearly three months, and so all the precipitation during this period would have fallen as snow. There was not a major thaw on the tops until around the 13th of March after which the winter fizzled out with a series of thaws and generally mild conditions with no further significant snow falls.

The results of all this was the ski areas had trouble with ski lifts and huts being buried by the vast amounts of snow. On the West coast the Cliff-Hanger Chairlift and the Main Basin T-bar at Glen Coe ski area, and the Goose T-Bar and Summit Button at Nevis Range regularly had to be dug out. Further East, Glen Shee and Cairngorm ski areas also had problem with tows being buried. 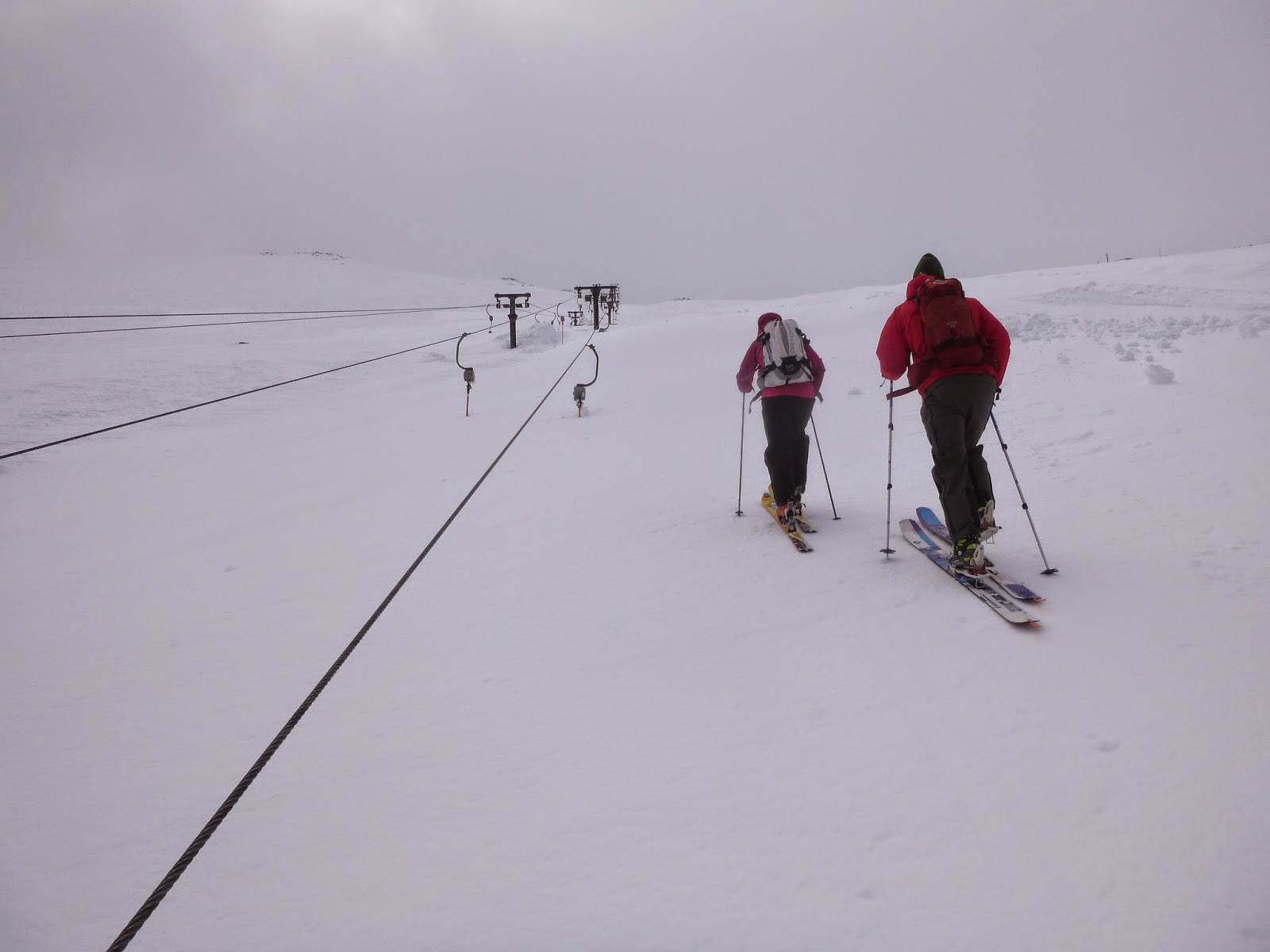 A reminder of just how snowy it was last winter, skinning up the hill in Glen Coe as the tow is pretty much buried.

The remaining snow patches were very substantial with the Tower Scoop and Point Five Gully patches pretty much guaranteed to survive. It will be interesting to see whether the patch at the base of Zero Gully survives, something which probably has not happened sine 1994.  With only a month or two before the first surviving snows of next winter are to be expected it will be something that I will be watching.