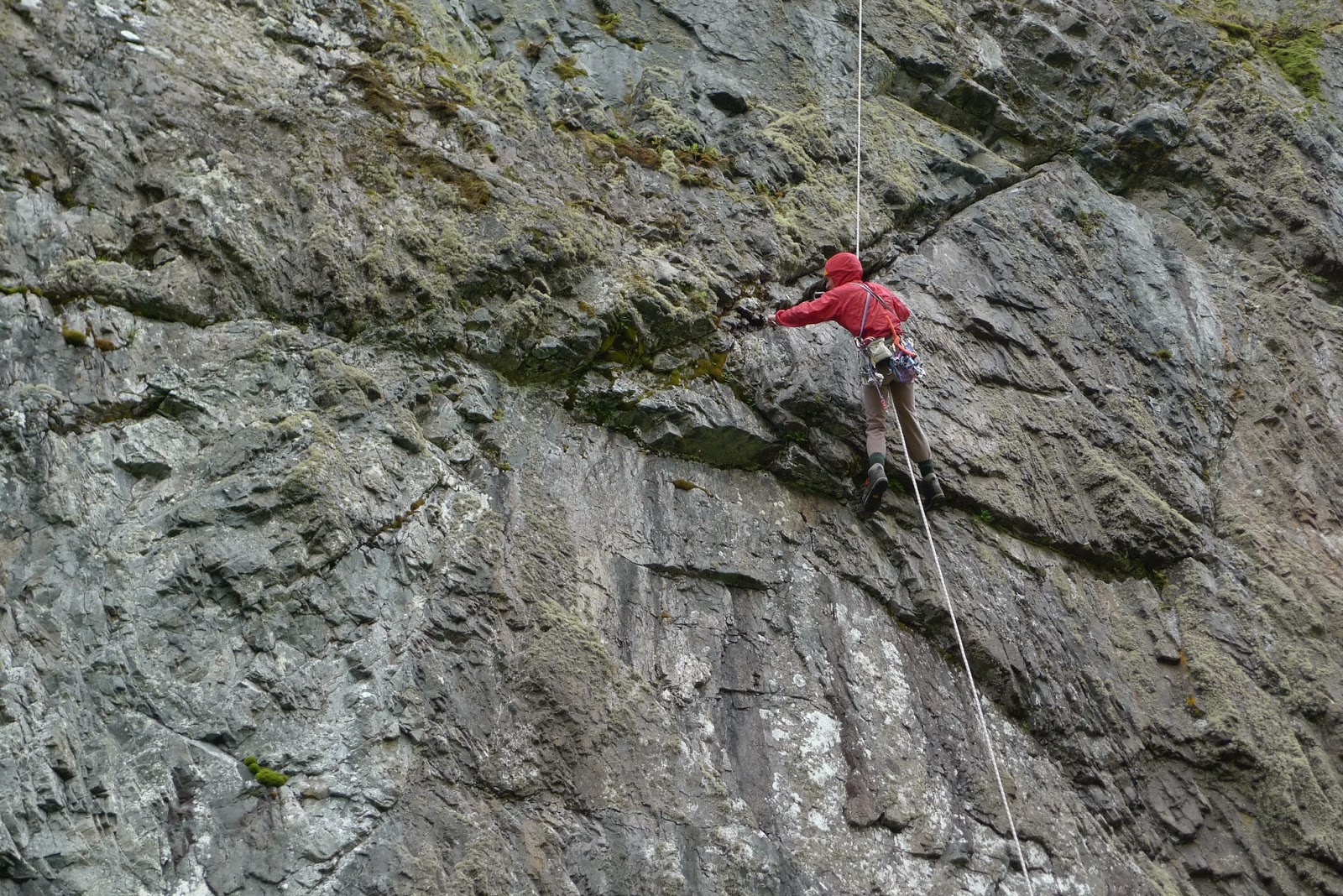 Glen Coe; a romantic landscape steep glens, towering peaks, cascading streams and majestic stags, or a wet mossy midge infested landscape of choss. I have to say the reality of watched the heavy Glen Coe drizzle beat against the windscreen of the car did not feel overly romantic. Things were not going to plan. The forecast had been for sunshine, I had taken the afternoon off work to do a mountain E7 this evening, but I could not even see the mountain. I thought about taking a photo, but the camera was in the boot, it I would have got soaked getting it. So instead I stuffed the last of my sandwich in my mouth, wound the drivers seat down and went to sleep.

It had all started at the weekend, again the weather had not been as good as planned, so myself, Gaz and Iain headed down to the Tunnel Wall for a bit of a work out on the sports routes. However, while Gaz and I climbed, Iain had headed off on a bit of a cleaning mission. Four hours later, Gaz and I were finished, unable to pull hard any more. Iain finally reached the ground, his wire brush well used and his nut key worn away. The extreme rock route Romantic Reality was now clean. Iain and I made a plan to return on Tuesday evening to do it. 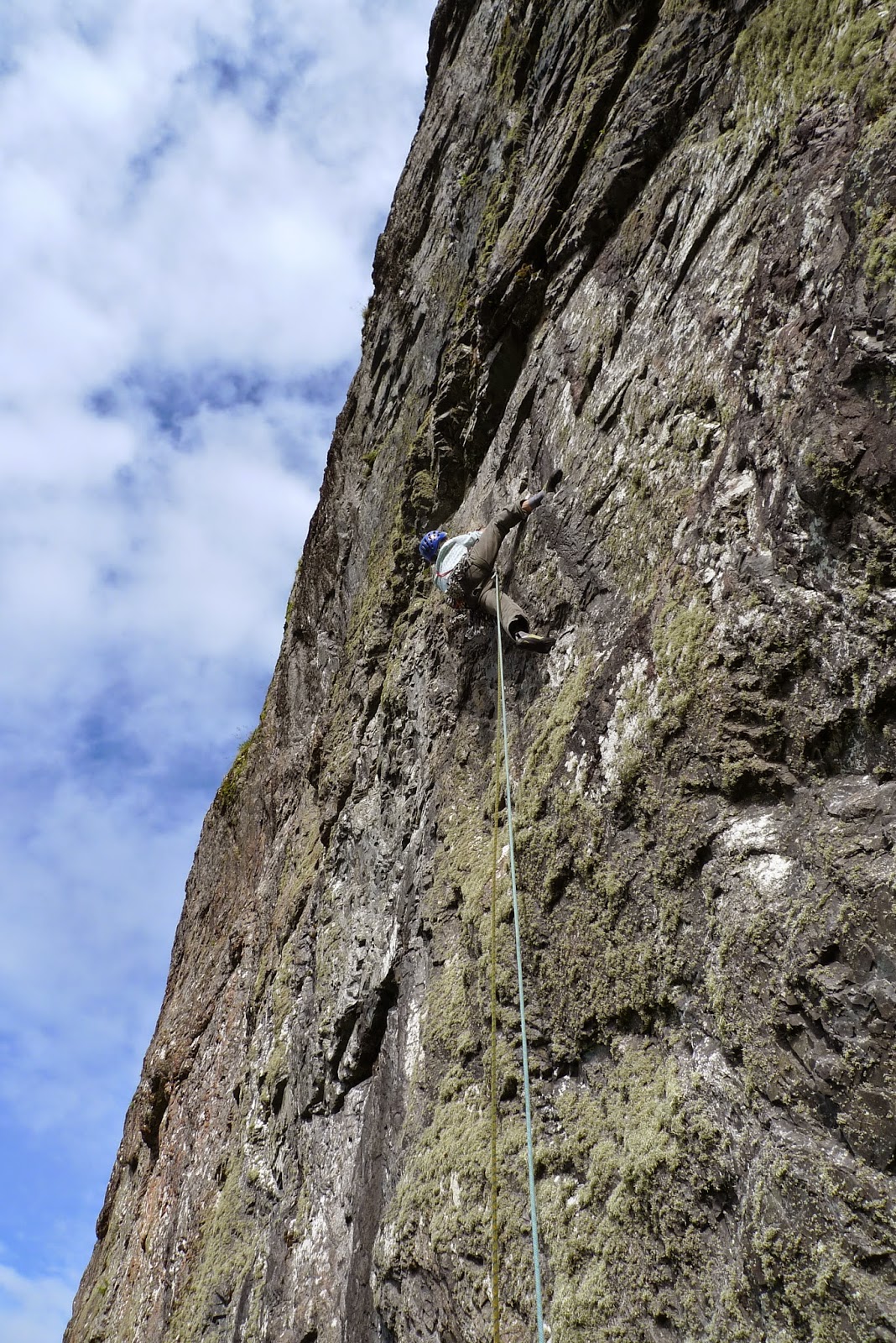 Myself leading the first pitch, not overly well protected at this point.

I woke up, the drizzle had stopped, so thought I would wander up to the crag. I could at least get a session on the bolts. Arriving at the crag I met Iain in full waterproofs looking pretty damp. However, there was a breeze, the sun came out, everything was looking a bit more promising. It felt like our fortunes were changing, we decided to give the route a go. 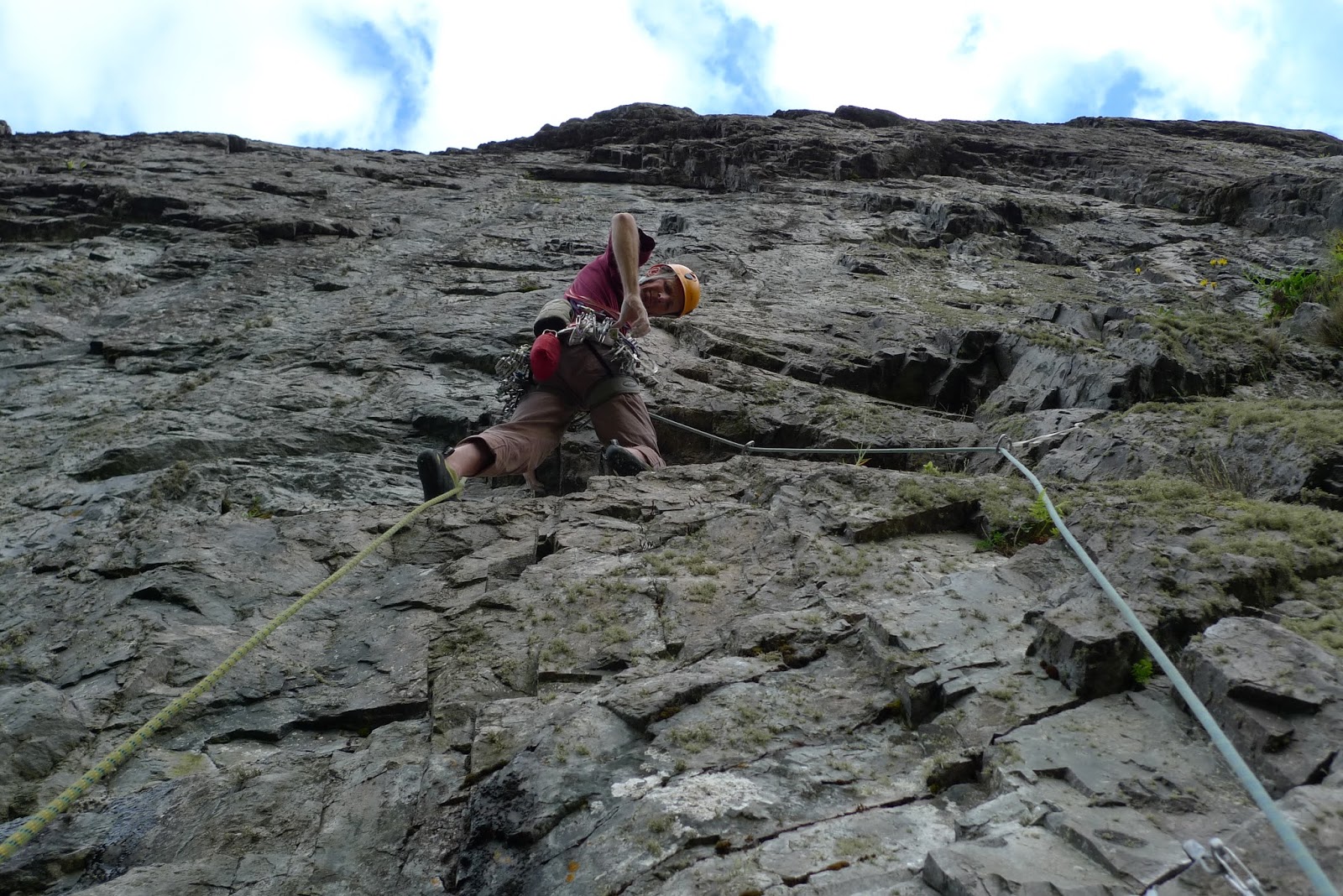 Iain starting up the crux pitch.

A few hours later we were back done on the ground. I had lead a good E4 first pitch, and then Iain had dispatched the crux pitch, but not without a wee wobble and a bit of a slap. We packed up as the sun disappeared and the mist rolled back up the glen. Perhaps there is a bit more to the glen than just rain, midges and choss.

Climbing in this are the routes tend to get a bit dirty due to lack of traffic. Some routes which have been cleaned in the last year include;
Romantic Reality(E7) on Creag a Bhancair, cleaned by Iain Small.
In Seine (E3) and The Roaring Silence (E4) on the Bendy cleaned by myself and Tony Stone last year.
Quality Street (E3), Cruiseability (E5) in Glen Nevis were cleaned last year by Guy Steven and Tony Stone respectively. Also in Glen Nevis, On the Beach (E5) is very clean, and Aquarian rebels (E4) is not too bad at the moment.
Delayed Attacked (E3) on Binnein Shuas cleaned this year by Iain.