Over the years I have have numerous trips out to Pabbay and Mingulay. However, due to various other trips and an and an unfortunately timed interview (for a job I did not get) last year, it has been a few years since I was last out on the islands. It therefore felt great to get back there a couple of weeks ago.
Although the climbing has to be some of the best sea cliff climbing in Britain, there is far more to a trip out there than just the climbing (which is probably reflected by the fact that I only put one climbing picture up). I hope the photos below show what an island trip is all about for me at least. 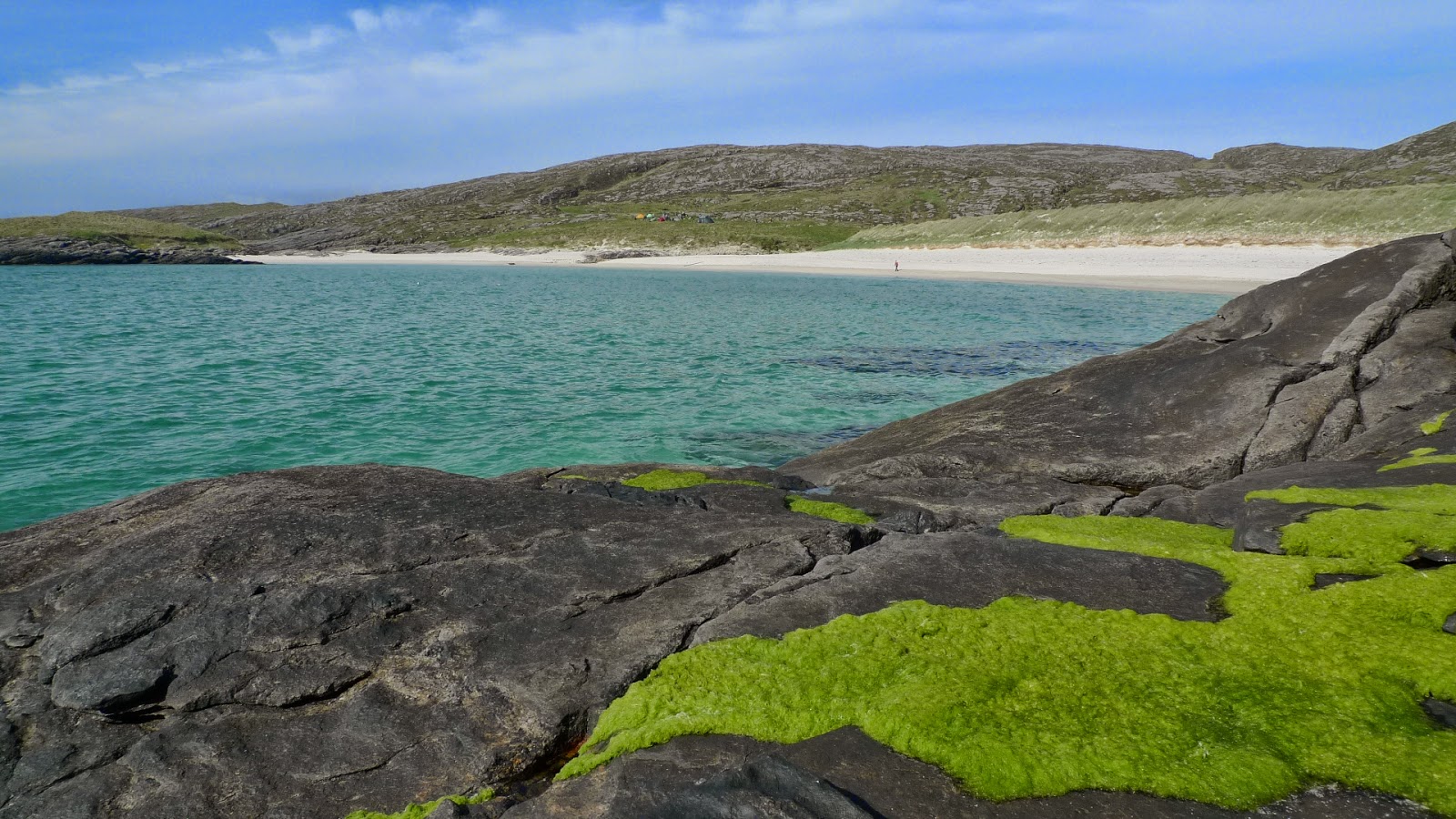 Pabbay paradise in the sunshine. 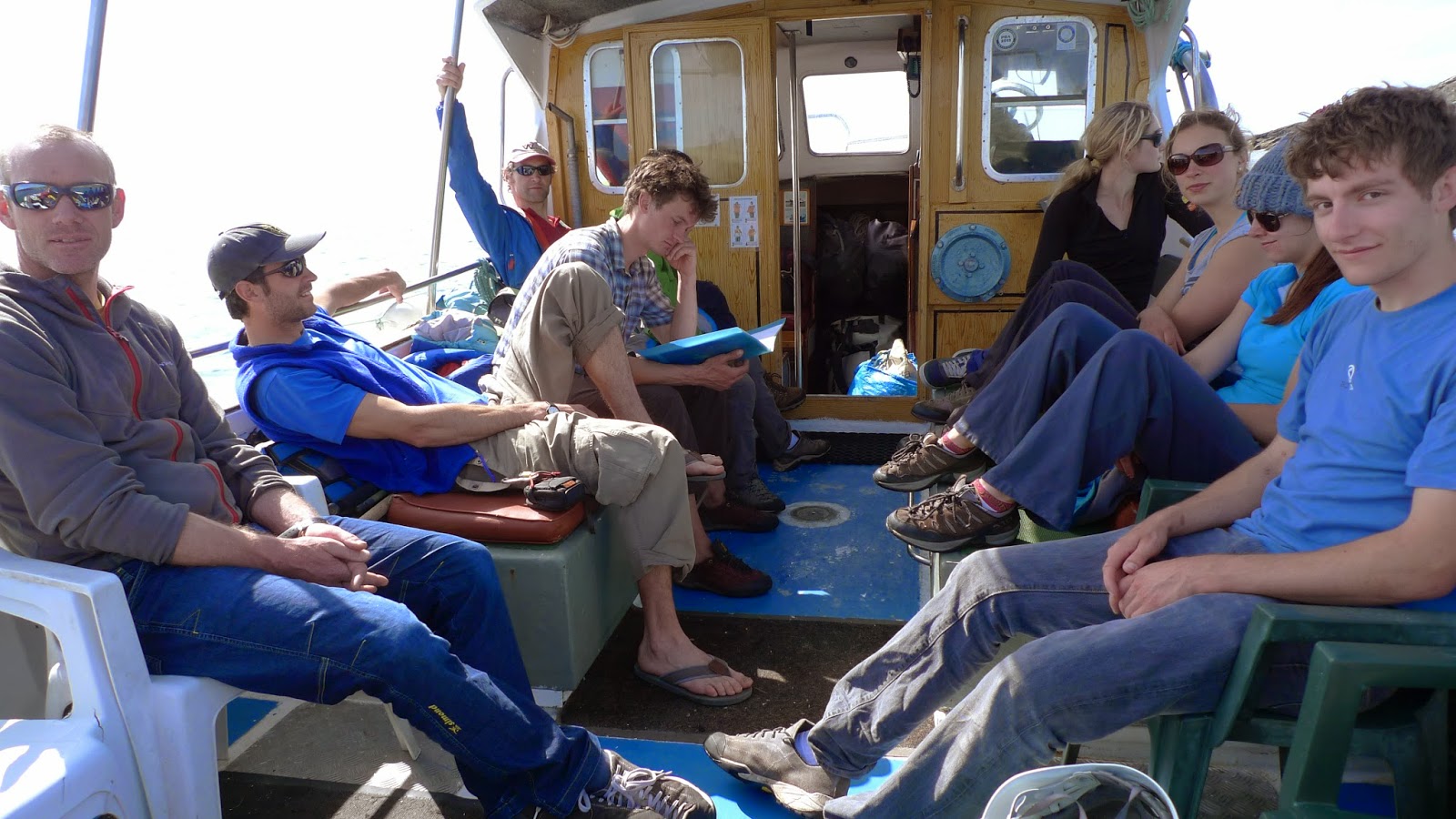 Aboard the Boy James, the boat which takes climbers out to the islands. 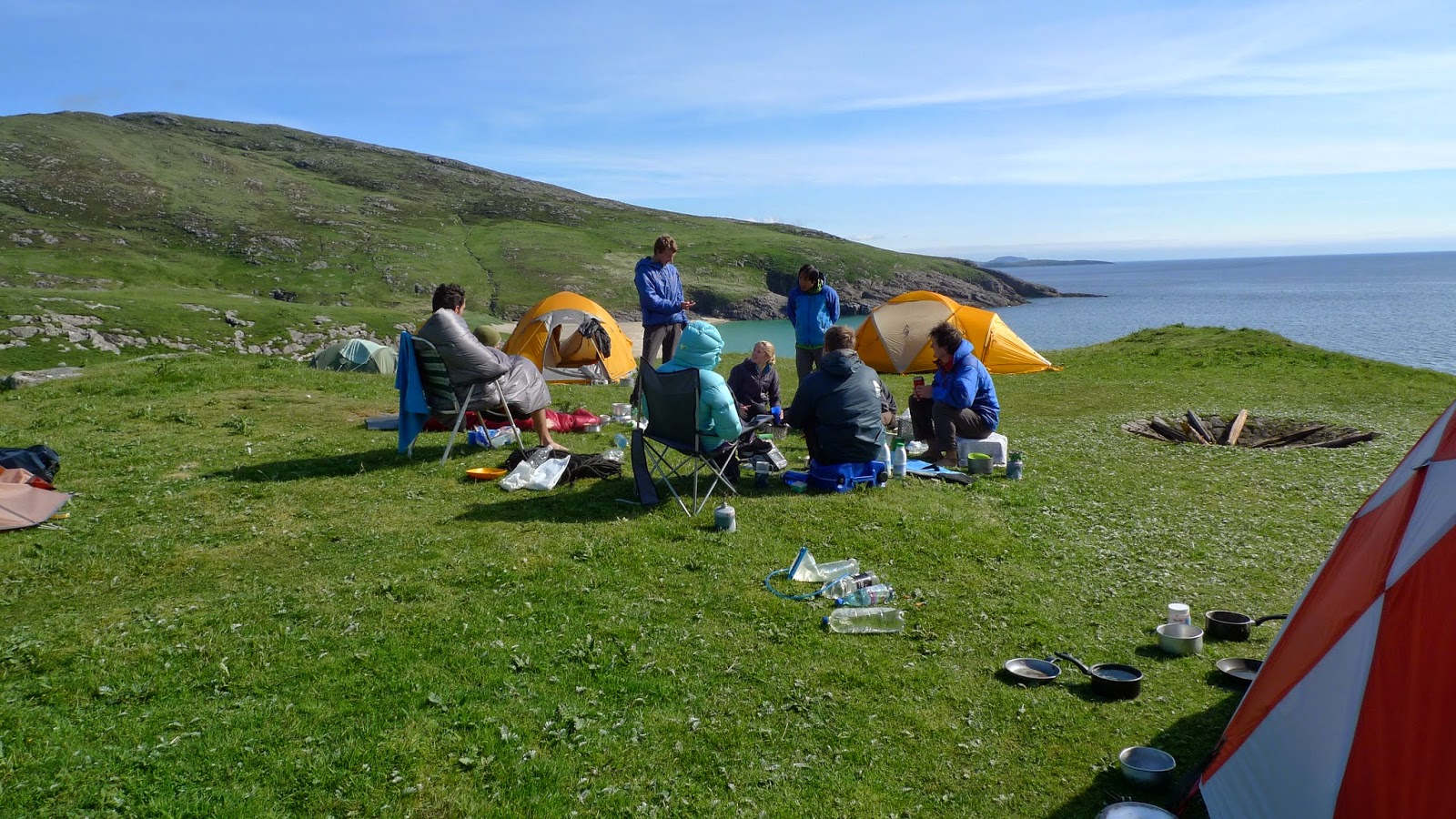 Morning chilling on Mingulay. The crags don't get the sun until midday/early afternoon, so there is no point in leaving the campsite too early. 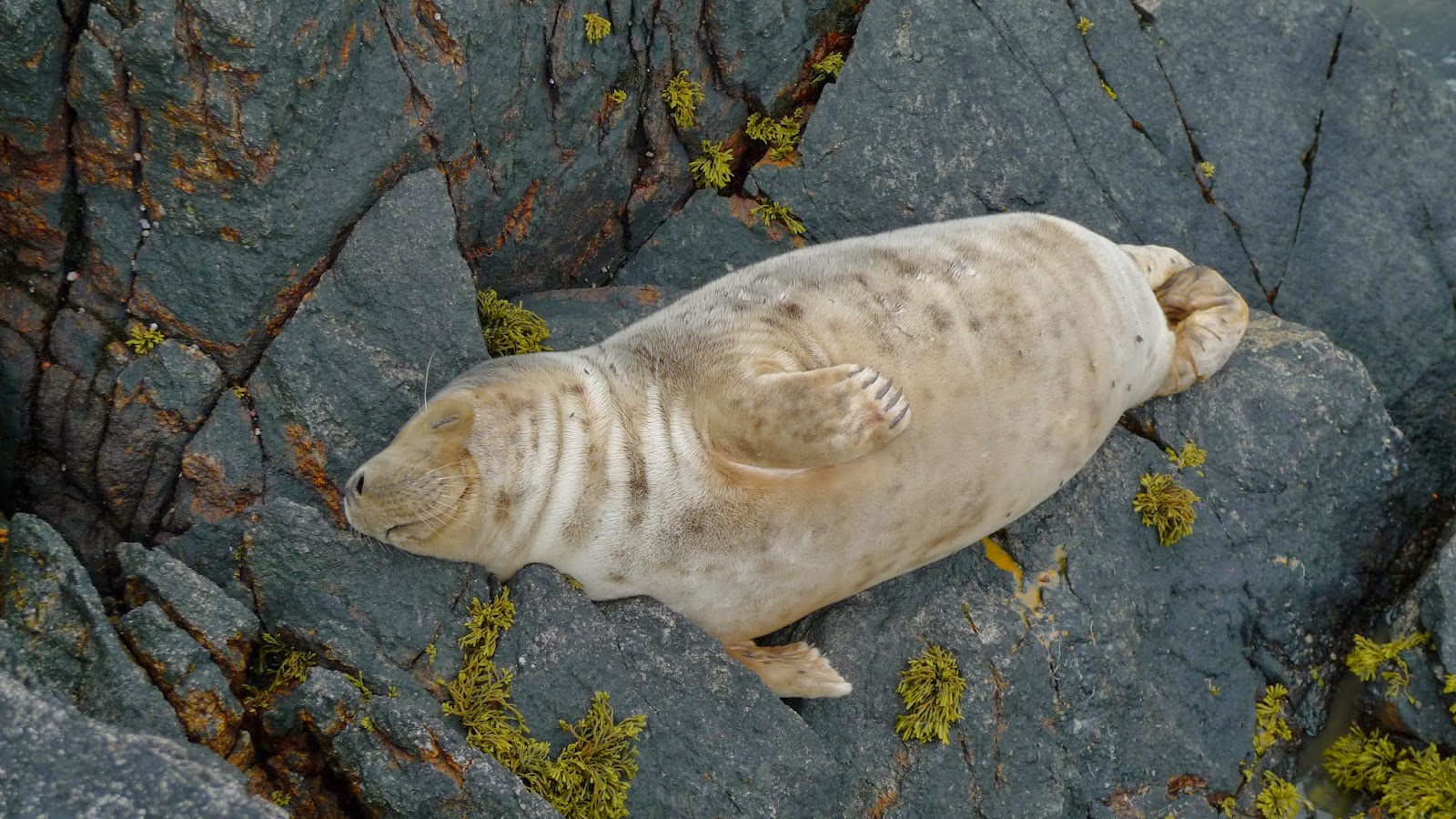 Snoozing seal. Unfortunately the click on my camera work him/her up. 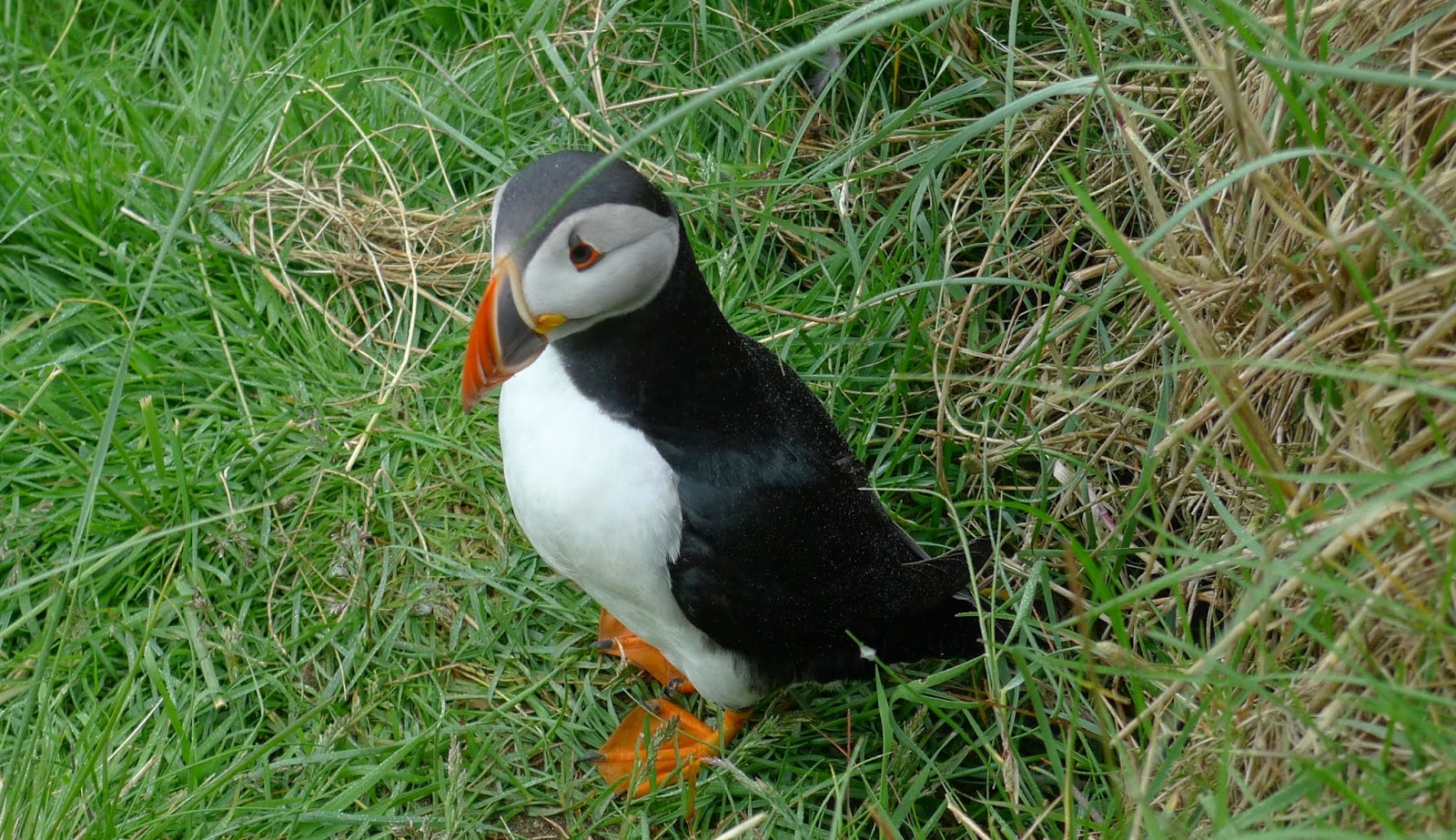 A puffin outside it nest, despite the colourful beak I always think there is something tragically sad about faces of these wee birds. 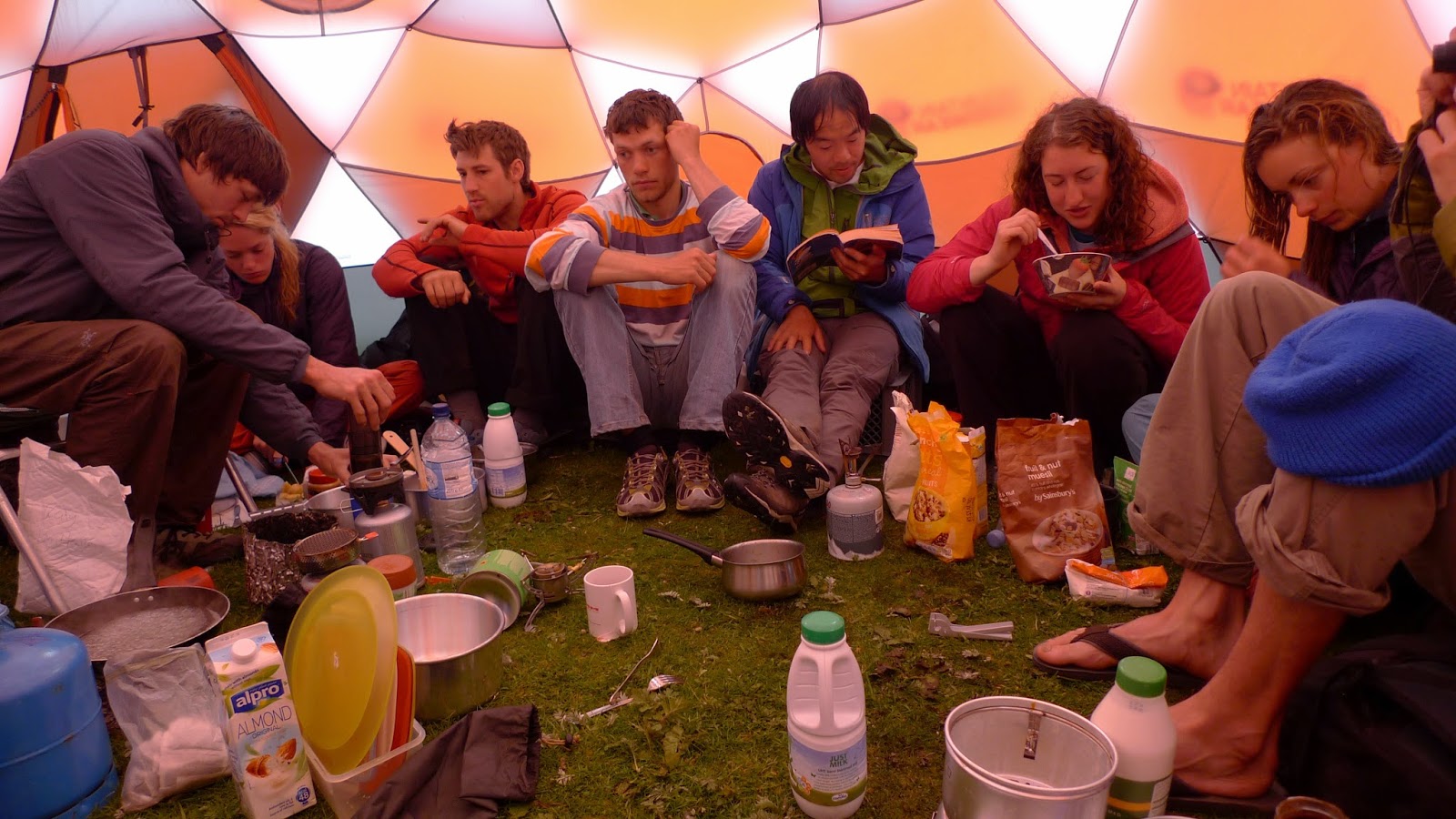 Various strong people in a tent while it rains outside. 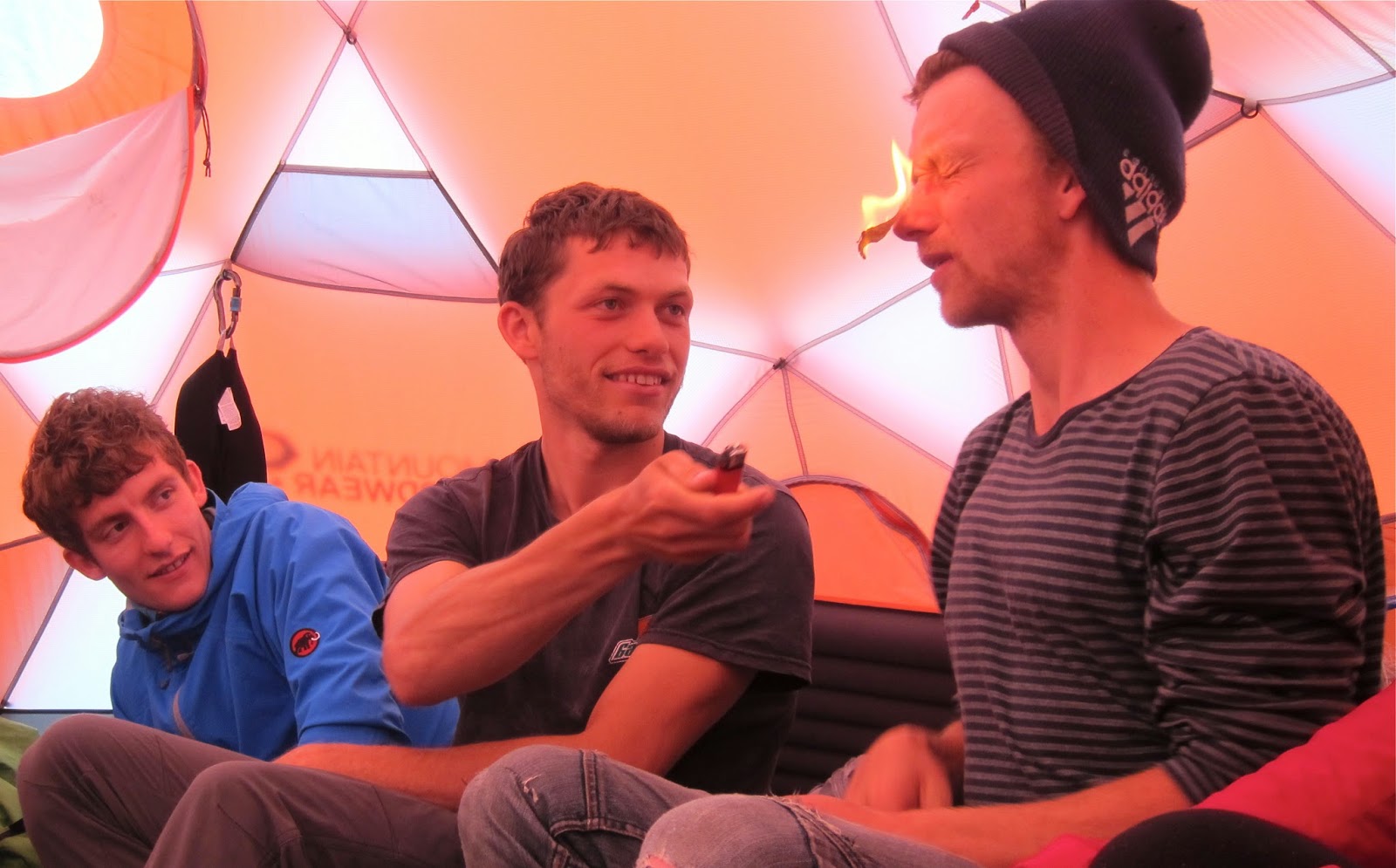 Passing the time of day. Benno won this particular game, but did have a bit of a blister on his nose for the rest of the week. Photo Viv Scott. 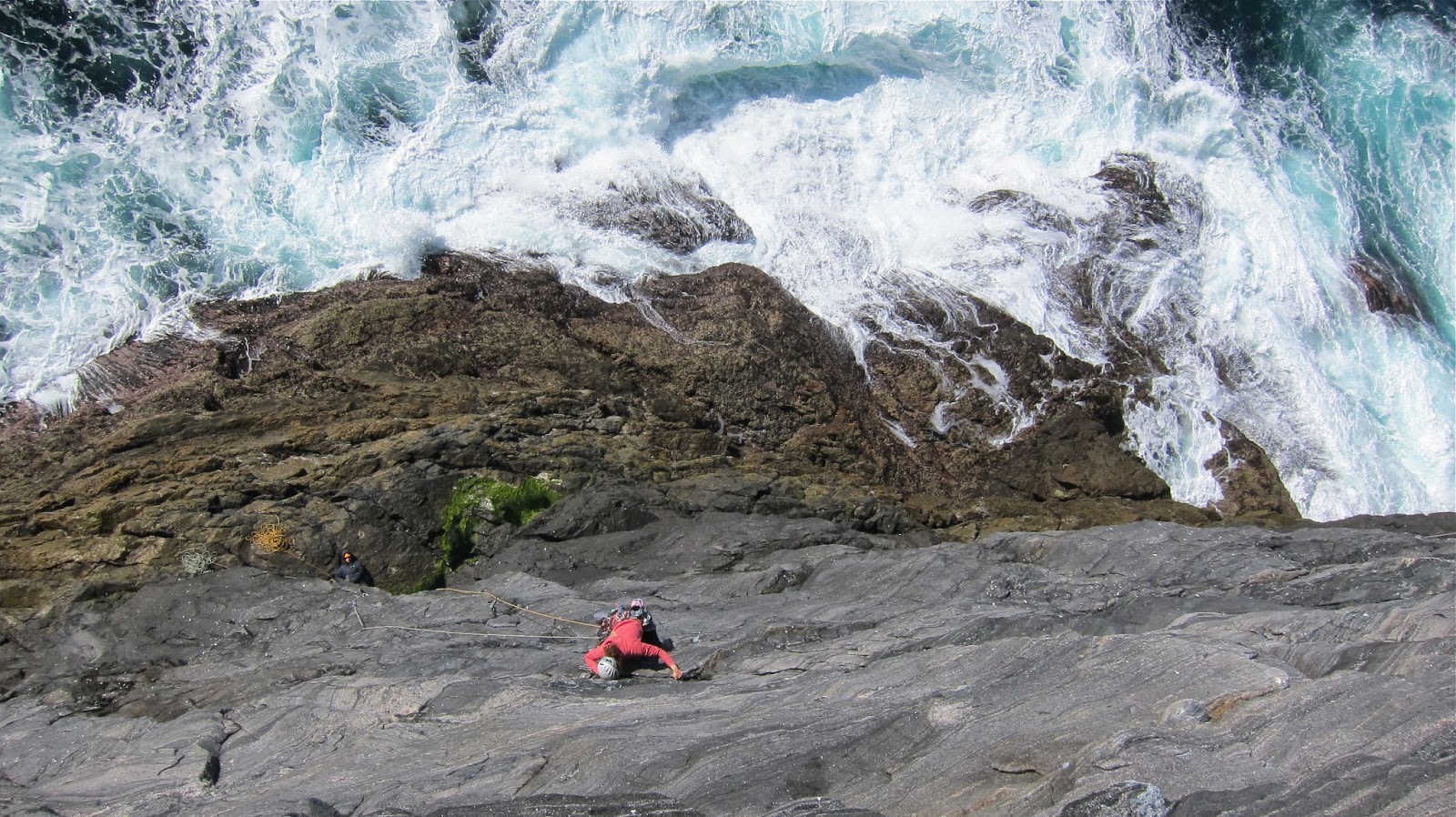 Oh, and there is some of the best sea cliff climbing in Britain. Anna on the first pitch of the amazing Sula, E2. Photo Viv Scott.
Posted by Blair Fyffe at 20:43