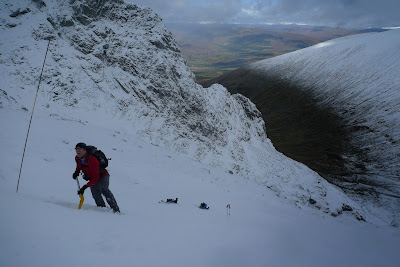 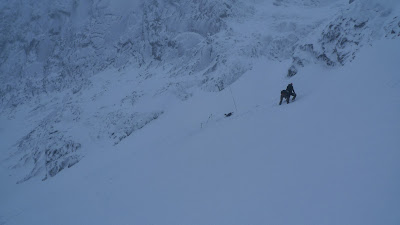 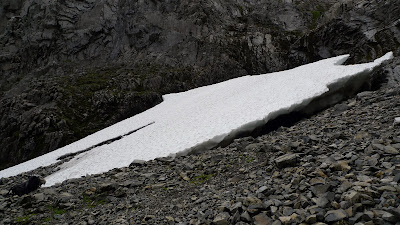 It felt nice to be out in the winter environment. Summer is nice, long days, rock climbing in the hills etc However, assuming the crag is dry, rock climbs don't tend to change very much. However the winter environment is very different, it has an ephemeral  transient nature of it. I enjoy watching how the snow and ice conditions evolve over the days/weeks/months. Today felt like the end of the story of last years snow, two patches have survived and become part of this years snowpack on  Ben Nevis, and the start of the story for next years snowpack. Geeky stuff I know, but I think it great.
Posted by Blair Fyffe at 19:49