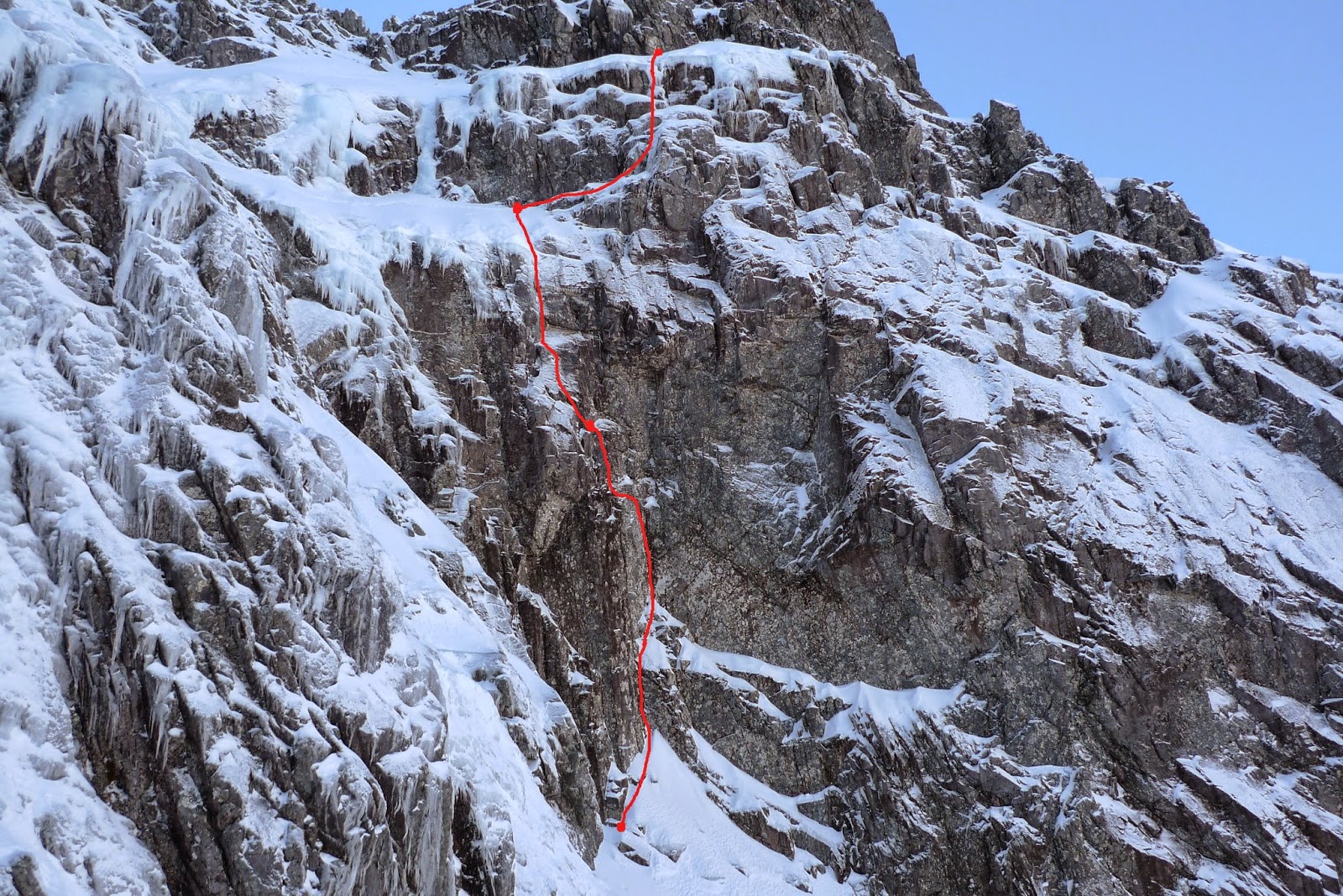 The line of The Piece Maker.

The text message said "Meet you at the hut.....Also would you be able 2 bring some food as I pretty low for tomorrow". I had arranged to climb with Iain who was staying up at the CIC hut. He had rack and ropes up there but, as the text message suggested, he did not have much food. Instead of organising climbing equipment that evening, I spent it organising a large pile of cheese and jam sandwiches and an assortment of other tasty things. 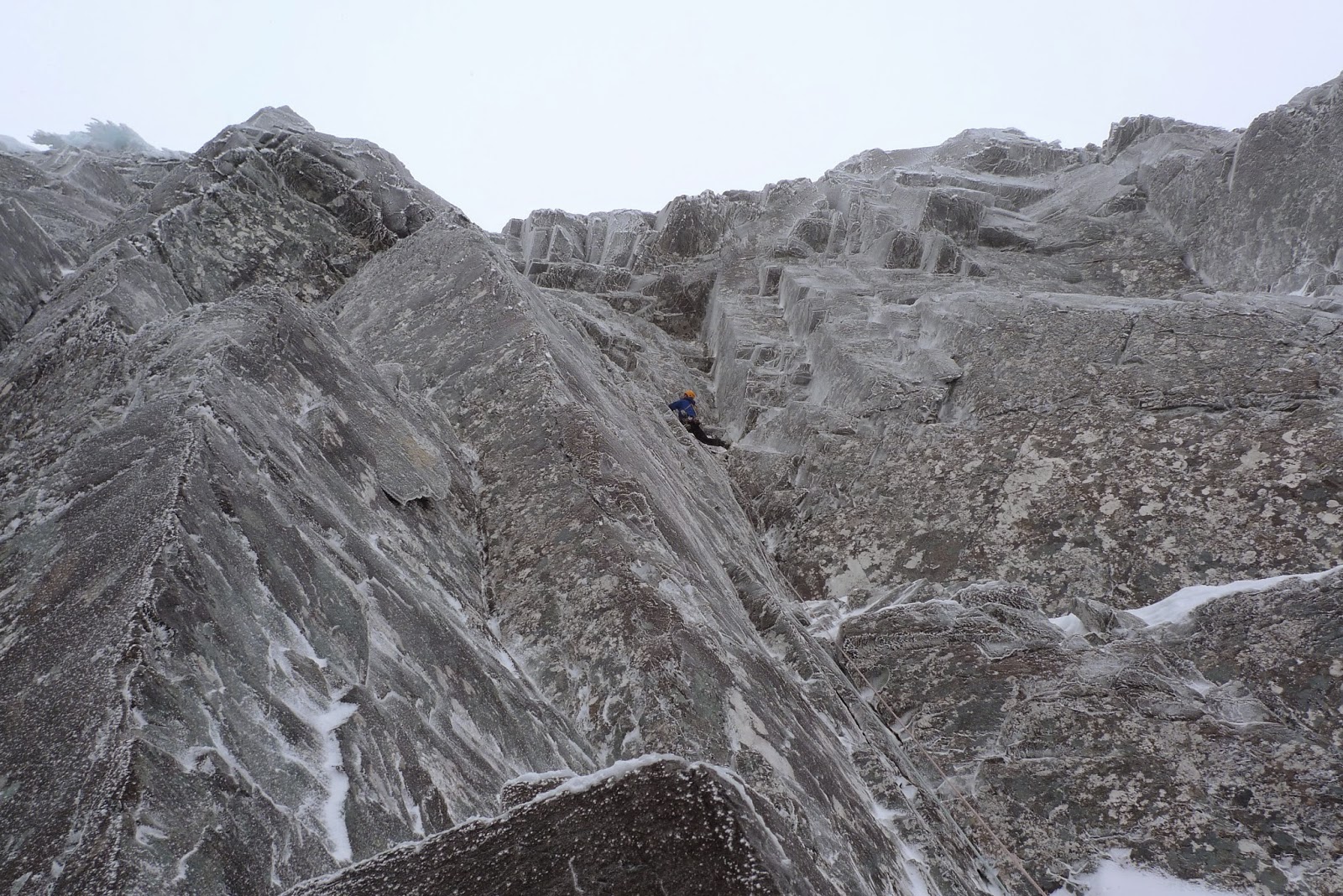 Iain on the crux pitch.

The next morning, sandwiches delivered at the hut, we headed up Observatory Gully. Iain had a line he was keen to try up the wall to the right of a Dave MacLeod route called The Angry Chair. I thought it looked desperate, and it was. Iain led the first pitch which was the crux. It took a steep mixed corner, traversed left to a niche, and then went up through a bulge to a belay. I struggled to second it. The next pitched looked easier, but potentially quite scary and again I was correct. It was technically easier, but thinly iced, and I ran out of bravery after about 15 metres, below a steep bold thinly iced corner. I came down and Iain did it. However, it did mean I got to lead a nice pitch up some steep icy steps which took us to just below the Eastern Traverse. A hundred metre moving together pitch then took us up onto Tower Ridge and then the top for a lovely sunset.

Iain named the route The Piece Maker as a counter to The Angry Chair, and as a response to my sandwich delivery. I may not have been the bravest climber on the day, but I did feel like I made pretty tasty sandwiches (Top Sandwich Tip; if you toast your bread before you make the sandwiches they are a bit more rigid, and tend to get squashed less in your rucsac). 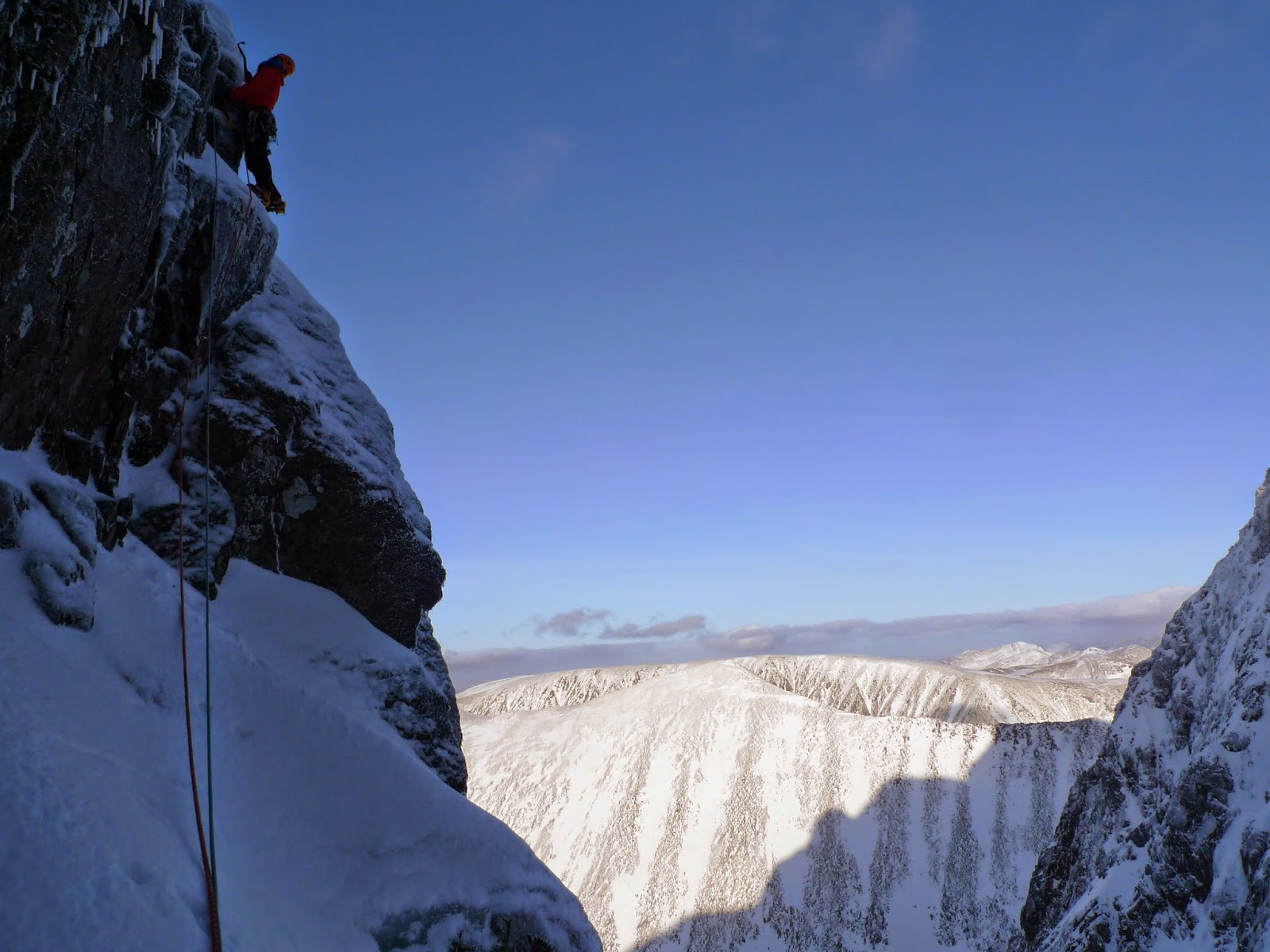 Trying to restore some honour by leading the final pitch. 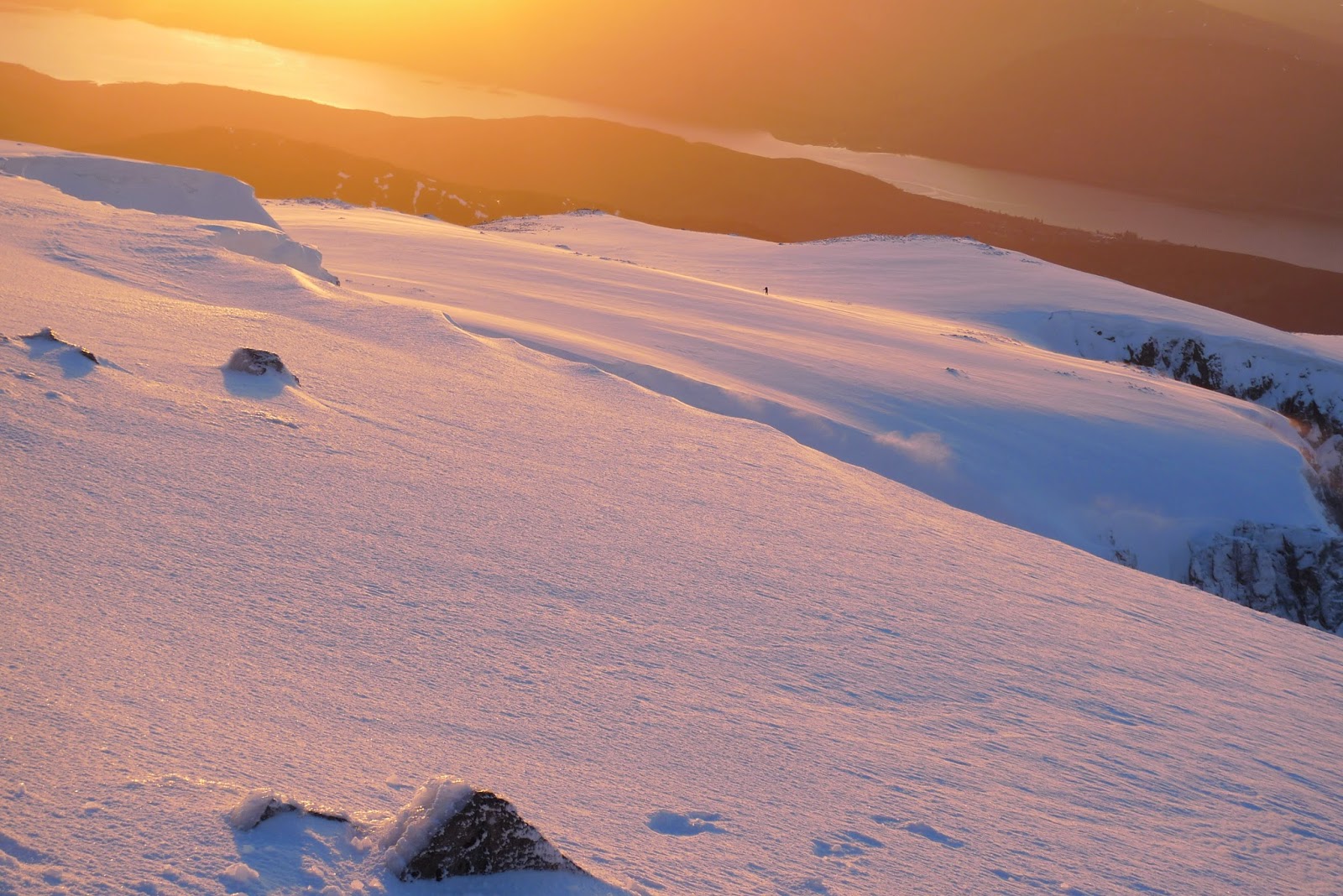 The view from the top of Tower Ridge when we topped out.