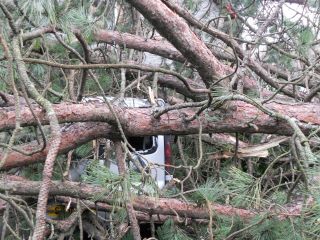 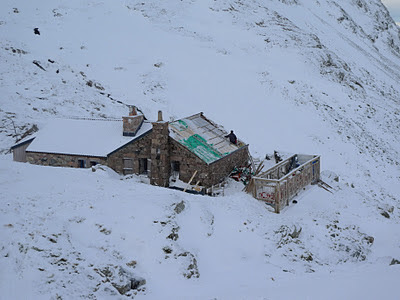 The CIC hut lost part of it's roof. SMC members trying to make it waterproof again a few days later.
Posted by Blair Fyffe at 17:54